Storm score in every inning in slufgest 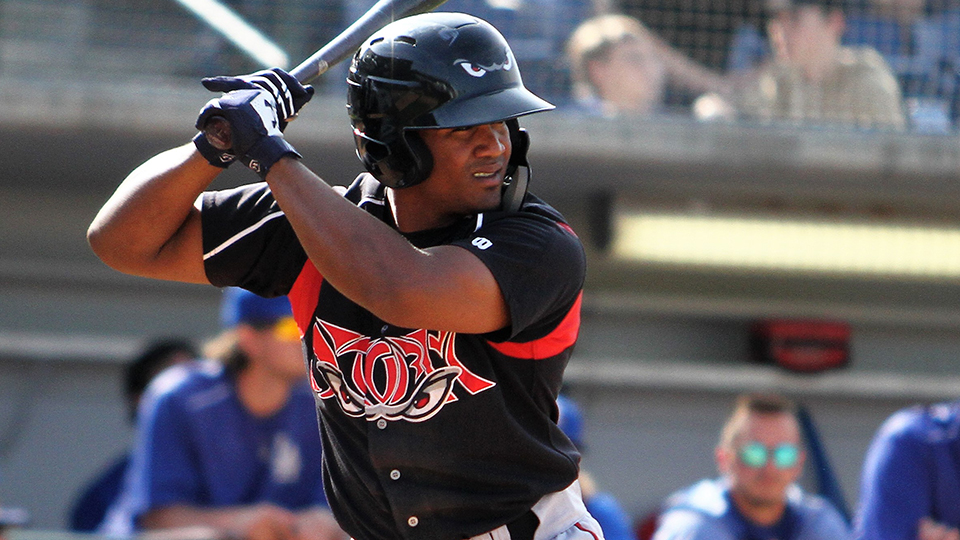 It was an offensive night for the ages for Class A Advanced Lake Elsinore.

The Storm became the third team in California League history to score in all nine innings, getting four hits apiece from Eguy Rosario and Padres No. 14 prospect Tirso Ornelas, en route to a 16-12 victory over Lancaster on Saturday at The Hanger.

Rosario lined a single to center field in the ninth inning against right-hander Robert Tyler to score Allen Cordoba and complete a feat so rare that the manually operated scoreboard in Lancaster temporarily ran out of ones in the eighth.

Here's a first: Lake Elsinore leads 13-9. We're told the manual scoreboard is out of ones. pic.twitter.com/HEmGnffi83

Rosario went 4-for-5 with a homer, three RBIs and four runs scored. He fell a triple shy of the cycle on the eve of his 20th birthday.

A team hadn't scored in all nine innings in a Cal League game since Rancho Cucamonga did it against High Desert on July 5, 2010. The first team to complete the cloud nine was San Jose on June 30, 2008 against Bakersfield.

Cordoba drove in the Storm's first three runs with a groundout in the first and a double in a three-run second. The 23-year-old, who played 100 games with the Padres as a Rule 5 Draft pick in 2017, went 3-for-5 with three RBIs and two runs scored.

All nine players in the Lake Elsinore lineup contributed to the team's season-high 21-hit night; all but two scored a run and seven of the nine drove in at least one of a season-high 16 runs.

The Storm tallied single runs in each of the next five innings, beginning with Lee Solomon's RBI knock in the third. Padres No. 8 prospect Luis Campusano plated 21st-ranked Jeisson Rosario with a groundout in the fourth and went 2-for-6 with four RBIs. It was his fourth time he's driven in at least four runs.

Lake Elsinore scored run in the fifth as Ornelas tripled in Eguy Rosario. Ornelas was 4-for-6 with two RBIs and a run scored, coming up a homer short of the cycle in his second career four-hit game.

Jack Suwinski smacked his 12th homer of the season in the sixth and Ornelas doubled in Eguy Rosario in the seventh.

Shlomo Sprung is a contributor to MiLB.com. Follow him on Twitter @sprungonsports. This story was not subject to the approval of the National Association of Professional Baseball Leagues or its clubs.